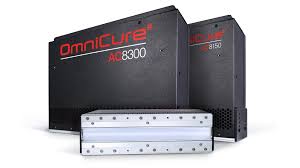 It is reliable and can control manufacturing processes in the UV assembly. It only works in specific areas and records peak measurements from any LED light source. It’s calibrated to record measurements accurately. Again, consistent measurements are achieved by accurately positioning the light beam.

To avoid challenges when collecting measurements, manufacturers have designed the OmniCure LED Light Meter to measure specific measurements only. A sensor that is calibrated with a near monochromatic source is used to avoid any inaccuracies. Users can capture peak irradiance because it can measure narrow beam patterns. Using it, manufacturers are comfortable because they can get accurate measurements, thus avoiding errors.

UV LED lamps are used for specific industrial applications, such as curing inks. Common applications of UV light curing include;

Optics help in maximum use of UV LED power output; thus, the substrate can be extracted easily. They are customizable to fit specific performance requirements such as curing area or working distance. Optics have lots of advantages in UV LED curing systems. They prevent the degradation of LED outputs with length; hence, the user can get an efficient solution. Some applications require a longer working distance, such as companies that utilize UV light for higher productivity. Optics plays a significant role in achieving the desired results.

UV LED curing systems are better than traditional lamps. They help industries to achieve better productivity and within a shorter time. UV curing is also used in various industries for various applications.